“Come, let us bow down in worship, let us kneel before the Lord our Maker, for He is our God and we are the people of his pasture, the flock under His care”

This is our Story

The Methodists of Plettenberg Bay originally met and worshiped in the old Dutch Reformed Church on the corner of Sewell Street, opposite the “old Brick House” which is now San Gonzales restaurant.

Every second week, ordained Ministers traveled through from Knysna to conduct services for this community of lively believers. Longing for a place of their own to call ‘home’ and looking to the future of Methodism in Plettenberg Bay the 1960’s congregation rolled up their sleeves and engaged in the serious work of fund raising. With the dream of purchasing a property on which to build their own church and with a single minded dedication they were soon able to purchase a property from the Anglican Church.  In 1965 St Thomas Methodist Church opened its doors for the first time to welcome its family with great joy and jubilation.

This young community of Methodists continued to be fed spiritually by ministers from Knysna, namely Rev. Bellas and Rev. Jan Erasmus.  Throughout this time Peter and Mavis Grieg also opened their home at Ebeneezer Estate every December to accommodate the inflow of holiday makers.

With a vibrantly growing congregation, and with so many little ones, the 1970’s congregation got back into fund raising mode and in May 1975 Rev. Erasmus turned the soil for the building of a new hall.  The Sunday School was born under the leadership of Graine Auersperg and at this time Arnold van Eeden ministered to the St. Thomas Congregation with the assistance of Mavis Greig.

From 1976 Pastor Edgar Cook stepped in to support the Resident Ministers from Knysna (Rev. Henry Lague, Rev. Mike MacIntosh, Rev. Roy Baker, Rev Al Greyling and Rev. Gavin Leverton) until 1986 which meant that the congregation of St. Thomas Methodist Church were able to worship every Sunday. Various Lay Preachers assisted with the preaching and evening services were also held every Sunday.

The Methodist church family became fully committed to growing spiritually and becoming involved in community outreach.  Other traditions also began which still continue today.  The annual Fete is widely supported by the village.

Following life patterns, STMC has throughout the years seen children baptised, received into Sunday School, following on to Youth Church where they are confirmed and later on many have returned to STMC to wed.  Over time many of our loved members have passed into Glory and on 19th August 1984 The Garden of Remembrance Dedication was conducted by Pastor Edgar Cook
Within 20 years of it first opening its doors,  St Thomas Methodist Church was growing too small for its congregation and in the September of 1985 Pastor Edgar Cook turned the first sod for the extension to the church.  The dedication of the new extension also took place in 1985.

A big change happened in St. Thomas Methodist Church with the arrival of Rev. Beryl Wesson in 1986 to take up the position as resident Probationer.  Along with this exciting new development the congregation rented a Manse in Gonzales Street for her accommodation.

The Women’s Christians Fellowship met once a month in different homes when in 1987  it became the Women’s Auxiliary.  The first Women’s Auxiliary meeting was held in November. This Methodist organisation continues to be strongly supported by the women of STMC.  Also at this time The Pastoral Care became a ministry to the congregation led by Gloria van Eeden and eight Pastoral Care Shepherds.  Every member of the congregation was visited once a term.  As the church grew, the number of Shepherds grew to 33.  The Pastoral Care Shepherds also had the privilege of delivering the first Impacts (newsletter) to the congregation.

In preparation for the arrival of Rev. Brian Daniels (1991) and his family a manse was purchase in 1990 on Marine Drive.  Within three years of his arrival Rev. Daniels oversaw the second extension and dedication of the church in order to accommodate the ever growing needs of this expanding Methodist community.

1994 saw STMC suddenly without a resident minister and Rev. Maurice Darrol and the faithful Pastor Cook ministered to the congregation for a year until Rev. John Beck and his family took up residence in 1995.  Not long after their arrival a new manse in Julia Avenue was purchased.

A mini explosion happened with the arrival of Rev. Costa Stathakis in 2006.  Continuing to look to the future of Methodism in Plettenberg Bay he and the congregation embarked on an ambitious third extension to the church in which a new church was built to accommodate a larger congregation and the original church became a chapel.  The new church dedication took place on the 14 December 2008.  In the June of 2008 Rev John Gillmer arrived to assist Rev. Costa Stathakis in the growing ministry.  In 2009 Rev. Gillmer took over the reins completely as Rev. Stathakis followed a calling in Australia.

2010 welcomed on staff Pastor Colleen Stringer.  With her she brought many years of pastoral training experience as well as pastoral counselling.  She is actively involved in bringing women of the various faith organisations in Plettenberg Bay together and oversees the development and growth of Fellowship and Bible Study Groups.

Rev. John Gillmer, having reached retirement age in 2015 relocated to Port Elizabeth, being sent on with much love and well wishes for his and his wife Corinne’s future.  With his retirement came the arrival of Rev. Timothy Rist.

Over the years we have rejoiced in the way God has lead and directed us.  We are thankful that through our leaders and faithful church family God has made clear to us His plan and purpose for us as individuals and as the Body of Christ.  We continue to kneel before our Lord and Saviour, always seeking His will for us and believing that in all that we do He is our Rock and our Salvation.  Speak Oh Lord, your servants are listening.

Our Story in Pictures 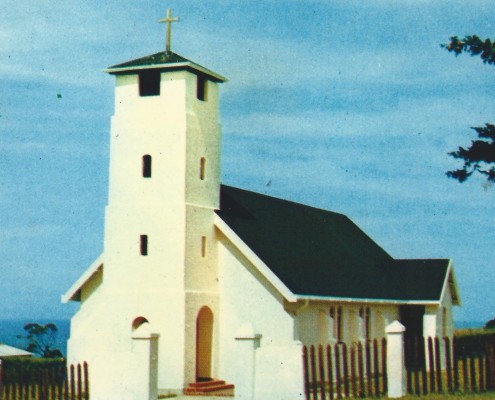 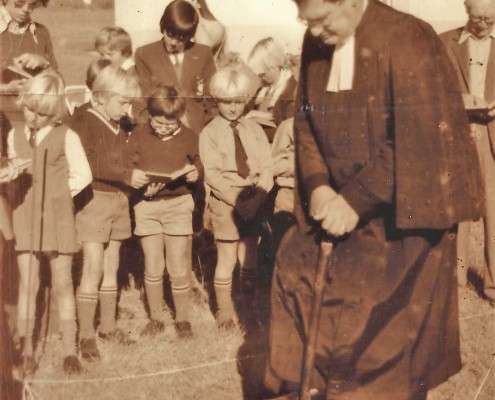 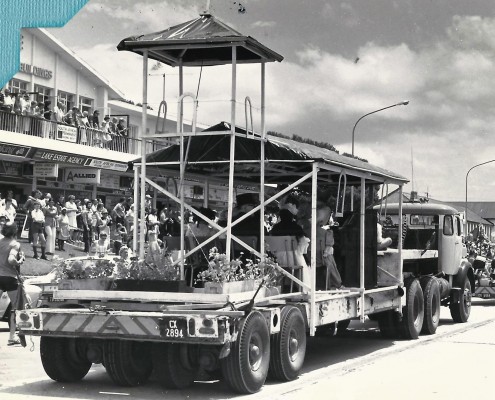 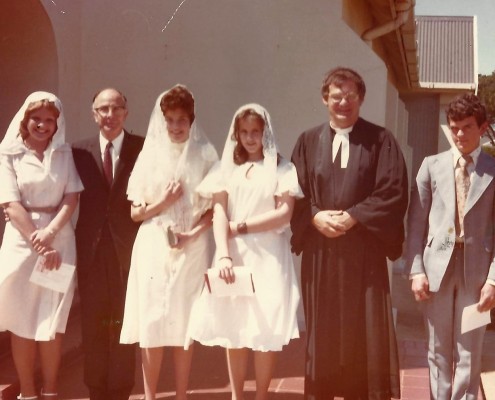 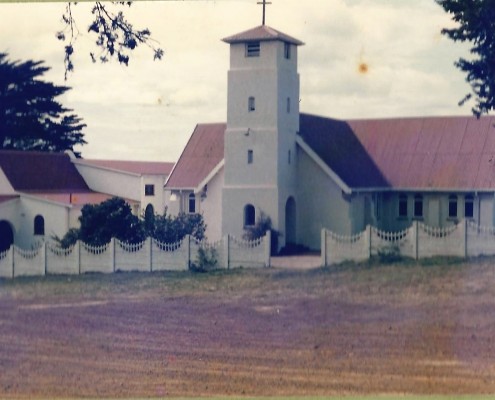 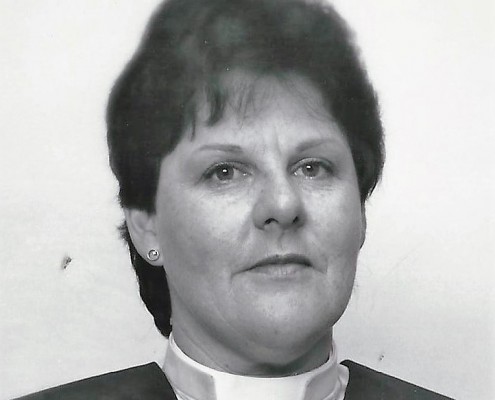 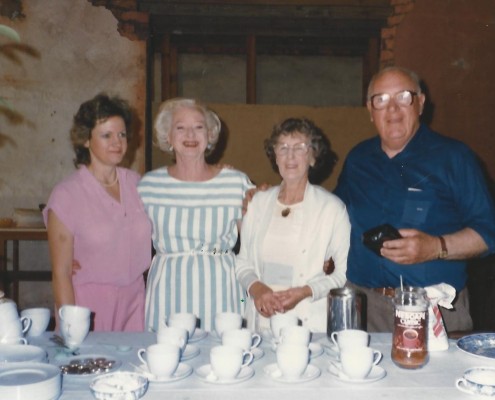 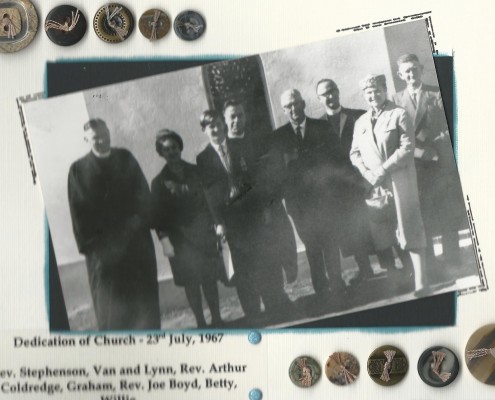 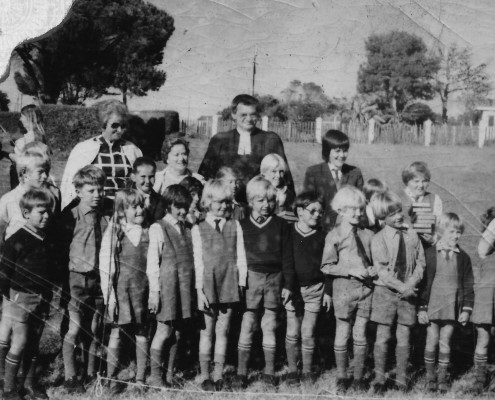 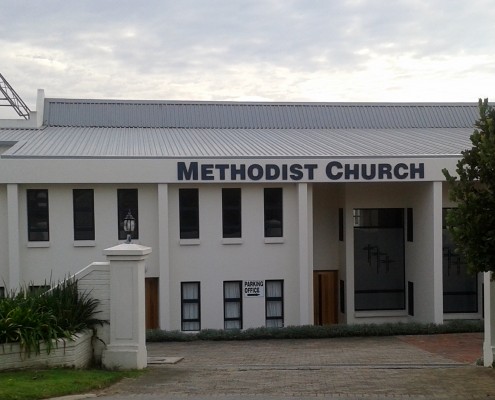 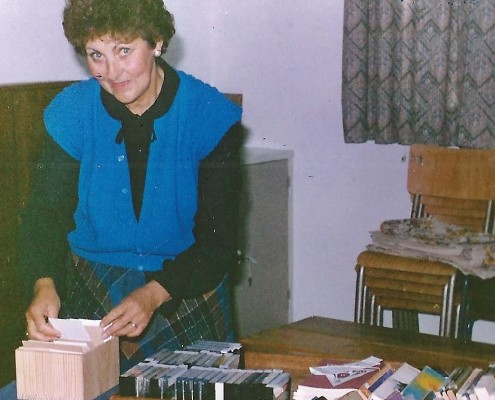 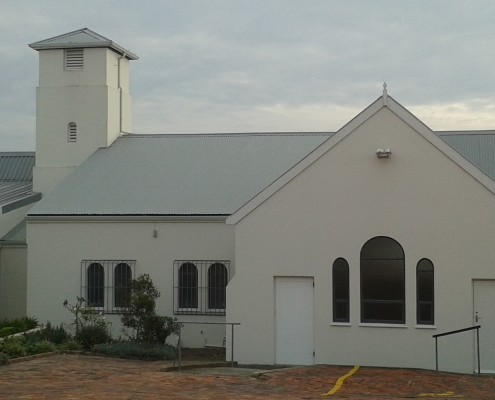